6 advertising myths that need to die 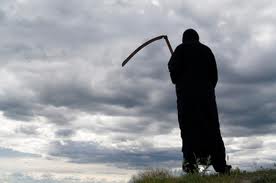 As I’ve said many times, about 12 people in America (as well as some right-wing nut jobs for some reason) read my marketing blog. So why do I continue? Because when I don’t blog, those 12 people want to know why I haven’t blogged. Which one reader did today. It’s a circle of the most vicious kind.

ANYWAY.  I saw a great article today that my friend Michael Baer (whose Stratecution Stories blog is worth bookmarking) repurposed from my more handsome and more talented brother, John Doyle (who also has a worthy blog.)  It said basically that the dictum that all campaigns must be media agnostic is actually wrong, borderline crazy.  So it got me to thinking.  What other truths that advertising people like to say are actually not true?

Feel free to use these in a meeting when somebody tries to sound like a smartypants.

The consumer is in control. No they’re not. If they were, your brand would look like Doritos Super Bowl commercials. In which case, God help you. The fact is, you and your brand are in control. You have to be. You just need to make sure consumers are allowed to play in the sandbox.

TV is dead. TV, maybe. But film is alive and well.  More than ever, nothing galvanizes the masses like film.

Be media agnostic with your ideas. Actually, don’t. See above.

We need a big idea. Actually, in the time you spent strategizing and thinking of the big idea, it’d be better if you had 100 small ones, and got them out into the marketplace.

Big Ideas are being replaced by execution, as in "We didn't have an idea, so we bought this trendy song and hired a cool director." It's the easy way out, but it often works.

Yes Tom. And contrary to what we've always believed, I don't think that's such a wrong thing anymore.

The right wing nut jobs like you Gary. They are simply trying to nudge you toward the right path. Then, instead of using your marketing genius for evil, like helping get a Marxist elected President who is now doing all he can, predictably, to destroy private enterprise and the Constitution (it gets in the way), you can turn your skills toward preserving and defending the great country you were so fortunate to inherit. Wouldn't this be a nice thing to do for your kids? Or do you want them to live in a larger version of Cuba, without the good weather? If you don't have the courage to admit a mistake then you are not the smart guy you think you are (remember the iPad analysis). All the best to you Gary. You too can be a right wing nut job. It's better than being a head in the sand useful idiot for the Democrat socialist agenda.

You never stop reminding me of the iPad comment, do you. DAMN YOU!

Being wrong about iPad (spectacularly so) is not a big deal. Not everyone has the prescience I have. But mindlessly pushing a completely unaccomplished Marxist Chicago bully as the savior of the world, and helping him become President through a marketing campaign based on deceit is pure evil. It is possible this was done initially through ignorance. Well, now the rest of us have to deal with the effects of having a Marxist and his scores of czars destroying the American free enterprise system, our free way of life, and the very spirit of the country. Since you helped create this corrupt monster, you have a duty to help clean up the mess. This is the scouts code. So, unless you hate your kids and America and all it has given you get to work and help replace the thug with an honest person who does not hate America. Do this, and I will forget about the iPad. And I will agree with you about the Heat.

Good marketing input. But, on the politics I have to agree with Anonymous. Gary, you obviously don't know real politics. Clearly not your area of study. So, I will tell you. Barack Obama is a communist. He was trained by Frank Marshall Davis, famed Chicago Marxist and pedophile. Obama's dad selected Davis to mentor Obama, as he wanted a black man with the right morals to help guide his son. What a dad. This is all in Obama's own book. He talks about Frank, and his hatred of America. He says this, not me. Anyway, Davis is why Obama was a Marxist at Occidental, and beyond, to whatever schools he attended. And this is why he appoints Marxists like Van Jones and others to key positions. He wants to transform America, as he said. To Marxism. Do you have any awareness of the accomplishments of Marxists governments. Lenin and Stalin should give you a clue. Hitler was a national socialist. Pol Pot. The North Korean nut. What is the record of these Marxists, who Obama reveres, in advancing human freedom, prosperity and culture? Not good. Tens of millions killed by the state and the quality of life savaged by the brutality of the Marxist philosophy. So, that is what you still advocate? That is the world you want for your children? Early signs are appearing. MF Global. You probably don't even know what it is. LIBOR. Drone assassins responding to the kill command of the President and nobody else. Your man. Executive orders are now the norm overturning laws passed by Congress at the will of one man. Executive orders? I thought you were a liberal, not an authoritarian statist. But you are a marketing guy unaware of political terms. Executive orders to kill and take control of all national assets. The entire internet. All industry. No congressional input. What an idea. Sound like Pol Pot, or Castro. But then, you probably like Castro. Cause he is cool and you still have your CHE t-shirts. Well, your man said he would transform, and he is. Our currency is just about dead. And private industry has been horsewhipped, because entrepreneurs are really evil. Right? Those entrepreneurs would be capitalists. But the only people who would work so hard to trash capitalists day in and day out are . . . Marxists. There, they really do exist. And they hate America. And they hate people with vacation homes. He hates you, but he loves useful idiots.

GD, I noticed on yr website info abut your work for Porsche. Cool. Very impressive. Just remember. YOU did not make the Porsche campaign what it was. The success was due to the government workers t the tollbooths who collected the money for the roads to be built so you could get to the office. And the DMV workers. And the IRS auditors who made you overcome your instincts and pay your taxes so you could have roads, and Chevy volts, and Nancy Pelosi's various infrastructure projects. These people made the Porsche campaign. It's a bit tiresome to hear you take credit when our public sector workers made it all possible. So, please take down the self congratulatory stuff and give the credit where it really belongs - your local alderman.

So as I understand it, in Chicago, your city, the Mayor gets to personally decide what businesses can locate there based on his view of the "rightness" of the political views of the business. Is this correct? Now you live in a city where business owners must gain the approval of the "Thought Police" and you think this is enlightened, I assume, since your guy Rahm Emmanuel, the ballerina, is now the head of the Thought Police. Do you have to submit ad copy to Rahm for approval?

Chicago is a political cesspool. In Chicago, you are virtuous if you lie, cheat, break legs, demand bribes, and kill your enemies. These virtues will get you elected, along with threats, intimidation, publishing private divorecord odds, the dead voting,etc. Chicagoans laugh at the idea of true virtue. They prefer their modified set. That is the hope and change that Chicago has now brought to the US of A, through the clever marketing donated by people who don't mind Chicago virtues replacing American idealism. If America has a brain it will say, Fuck Chicago virtues. Put them where all Illinois governors end up.

Gary - why is your President having the Social Security Administration buy 1740,000 rounds of ammunition? I thought you liberals were all about peace and coexistence. Is your asshole President preparing for a takeover. I don't remember the Bush, Reagan or Nixon White Houses arming the Social Security bureaucrats. What will it take for you to do some free ad work to get Obama's ass thrown out?

Gary's hipster doofus Preisdent just cleared his buddy, Jon Corzine, of any wrongdoing in the theft of $2 billion of private, small investor, savings accounts at the now bankrupt MF Global. Corzine, the former CEO of Goldman Sachs, then Democrat US Senator, then Democrat NJ Governor, then finally CEO MF Global, made stupid investment with the MF Global proprietary money. To cover the losses he then authorized the stealing of the money from private accounts. Simple theft. But he is an Obama fundraiser (who needs to call for cash when you can steal $2 billion) so Eric Holder decided there was no evidence. Just the empty accounts of those who now have nowhere to go to get their money. Or justice. So, the Obama, the god who will bring peace to earh, lower the sea levels, and reign in the greedy Wall Street capitalists, just let his Wall Street capitalist billionaire buddy Jon Corzine have a pass for $2 billion in theft. I think Corzine is a 1% er. Pretty good bet. So Obama is spreading the wealth, like he told Joe the Plumber. He is taking it from the little guys bank account and giving it to his friends and family. And Gary still has his head up Obama's ass.